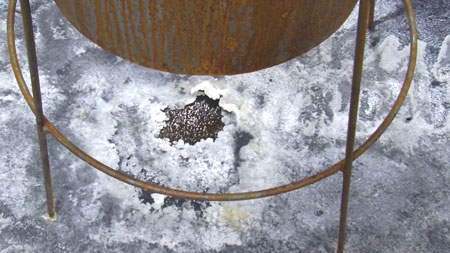 The passage of time suggests motion, telling us that something has or will happen through states of growth or of perish—construction or deconstruction; this work is about the process of creation not necessarily about the product.

Process artists were involved in issues attendant to the body, random occurrences, improvisation, and the liberating qualities of non traditional materials such as wax, felt, and latex. Using these, they created eccentric forms in erratic or irregular arrangements produced by actions such as cutting, hanging, and dropping, or organic processes such as growth, condensation, freezing, or decomposition.