There is a growing landscape of discarded plastic. In many urban cities this accumulation of plastic, particularly bottles, gets picked through and collected by Canners, who then sell the materials back to the manufacturer. This garbage picking economic system not only sustains their life but also the environment, by slowing the buildup of those materials into mountains or becoming swirling islands.

A plastic redemption organization in Brooklyn, Sure We Can, Inc., promotes this practice and seeks to make it more accessible. According to their website, “The overall goal of Sure We Can is to remove some of the current hardships that accompany canning; both for those who already use it as a means of survival and for those who would like to do so. Sure We Can was founded in 2007 by Canners themselves…” and “supports the city’s only licensed, not-for-profit, homeless-friendly redemption center.”

“beached” was made possible in part by the efforts of these Canners who collected the materials that comprise the guts of this project. Still, much of this plastic cannot be sold back to manufacturers, and is inevitably condemned to waste.

Please join me for a critical reflection on the practice of canning and other alternative economies that might combat the rapid accumulation of what we praise as convenient. 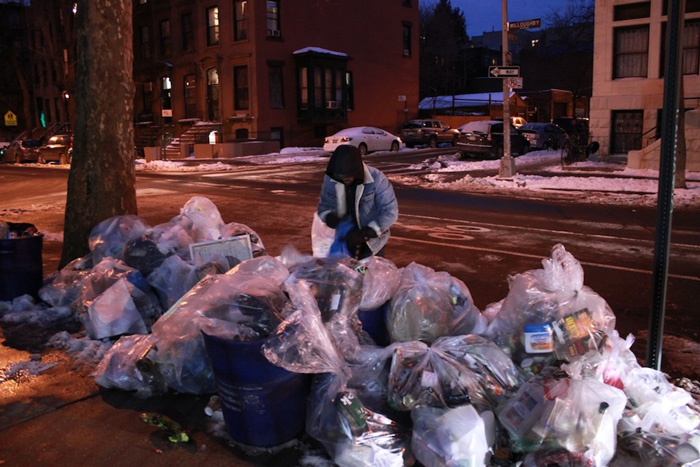 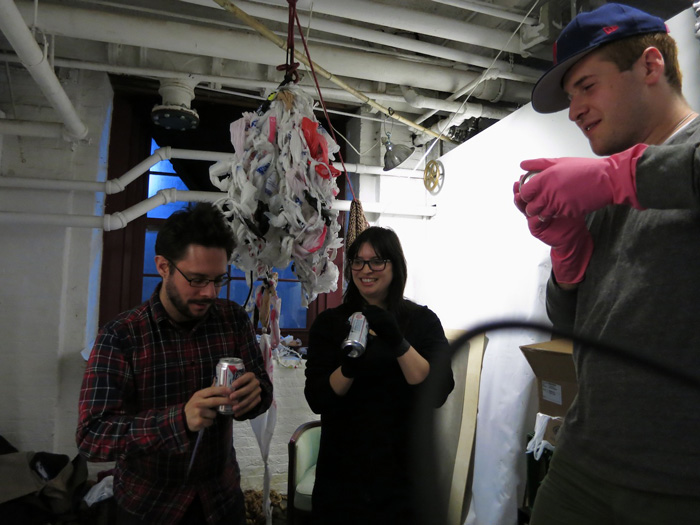 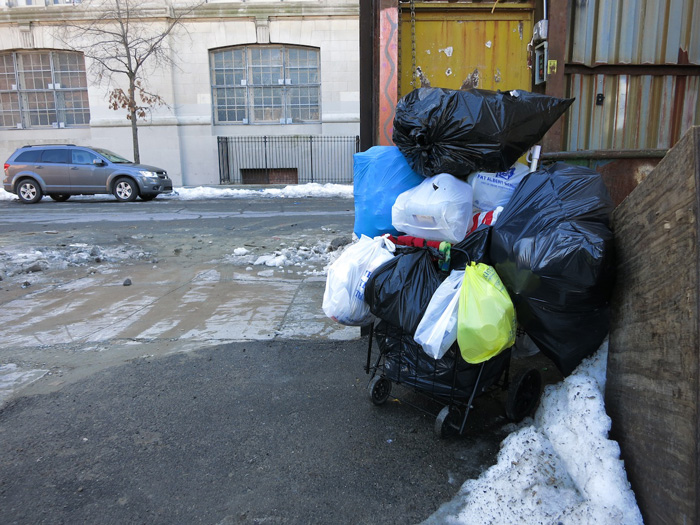 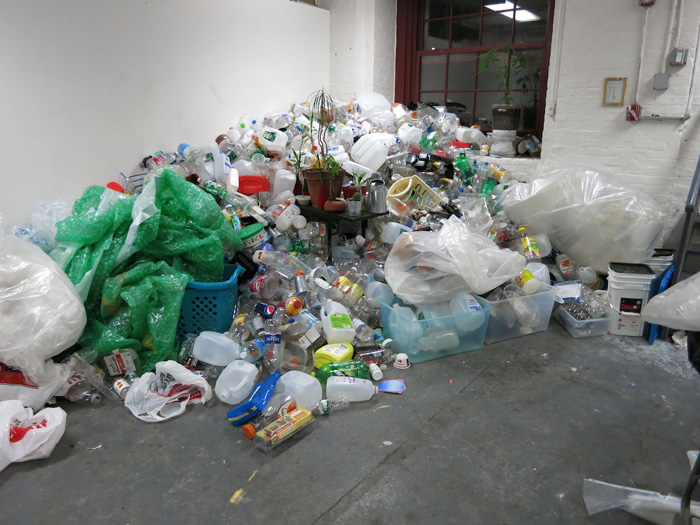 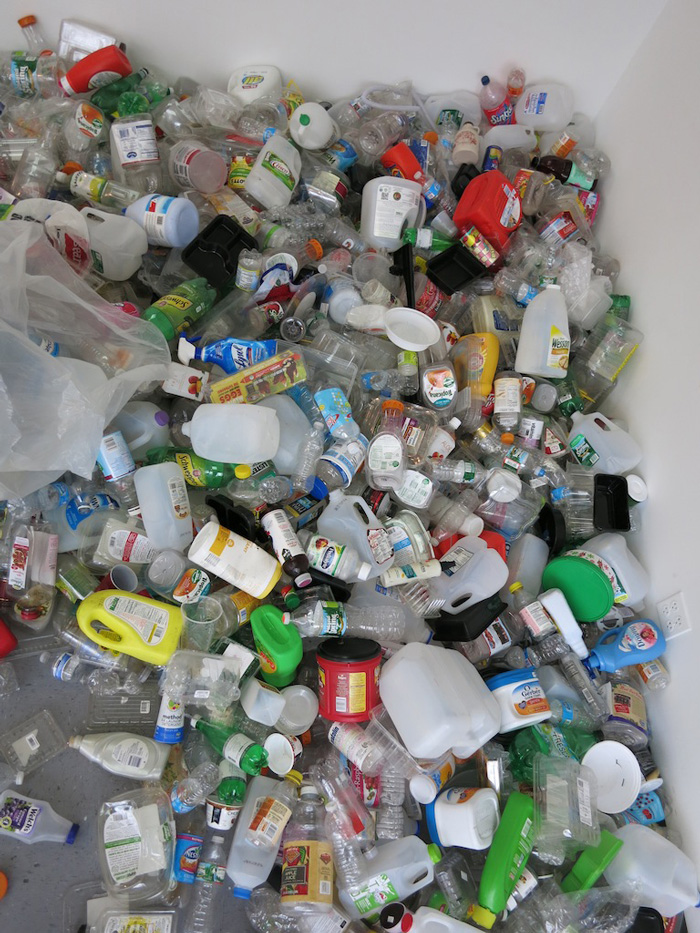 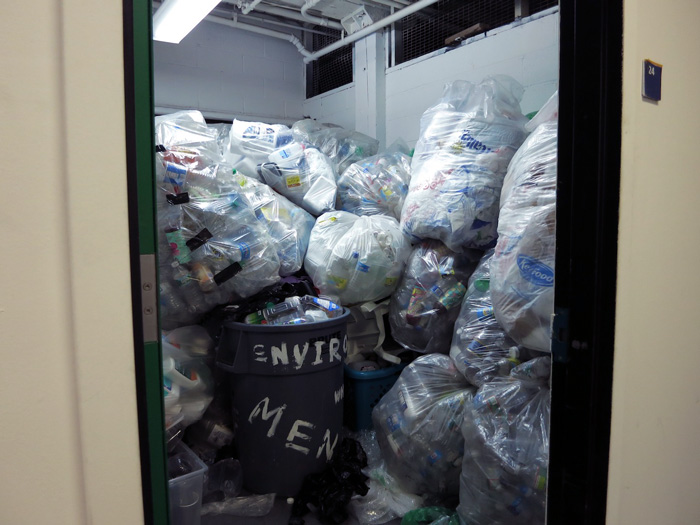 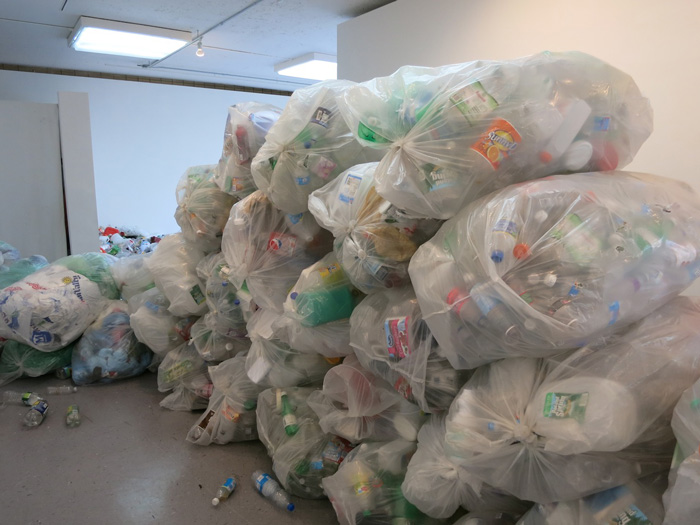 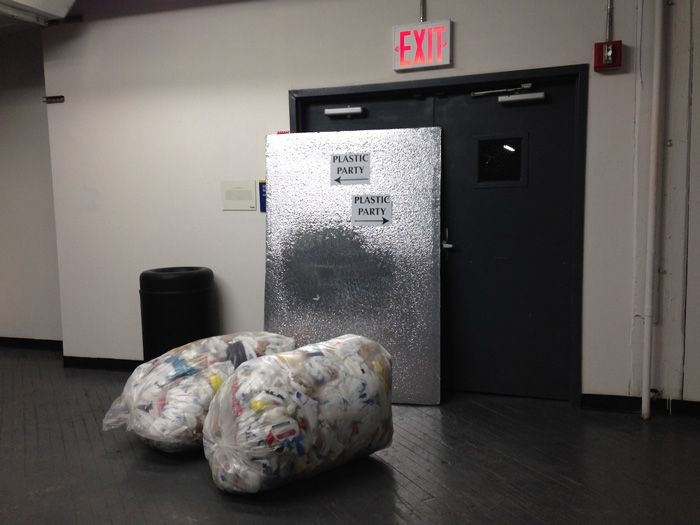 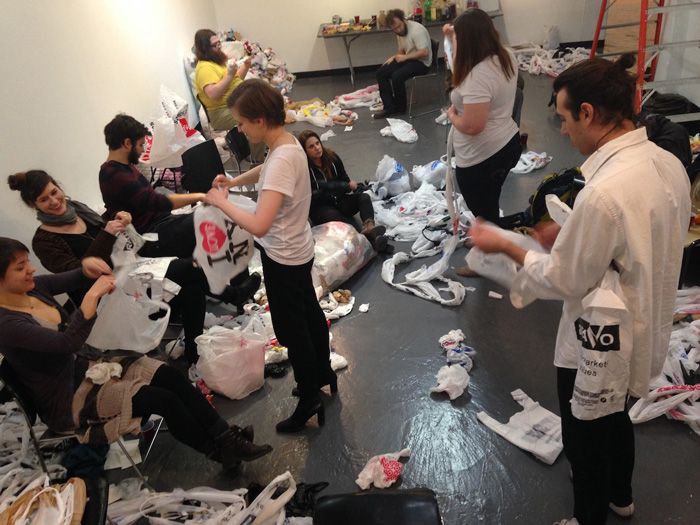 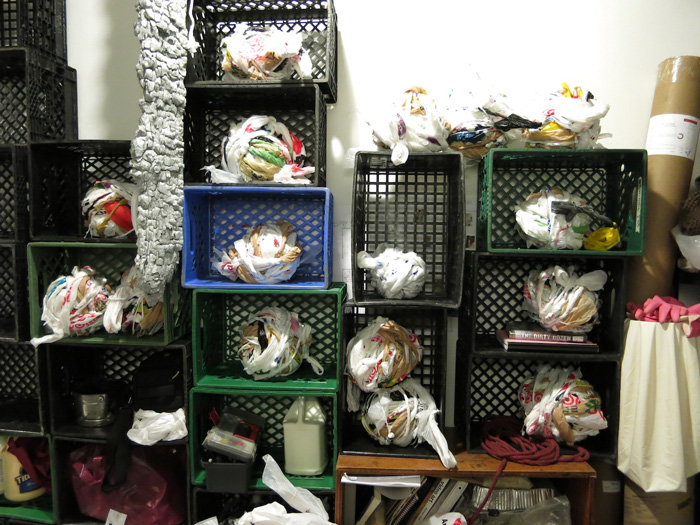 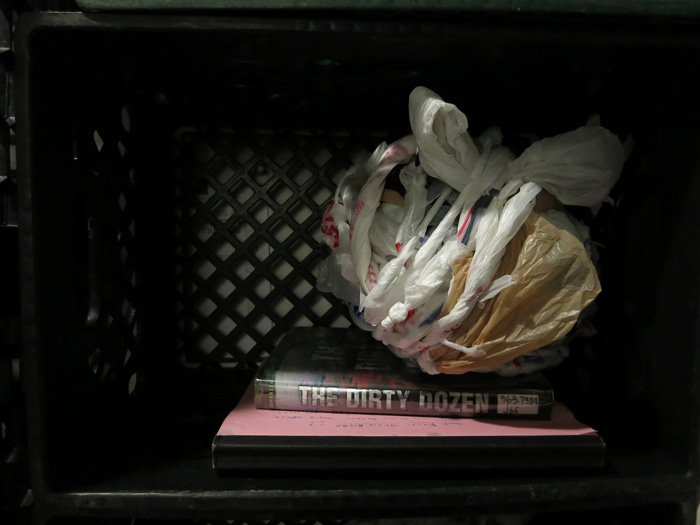 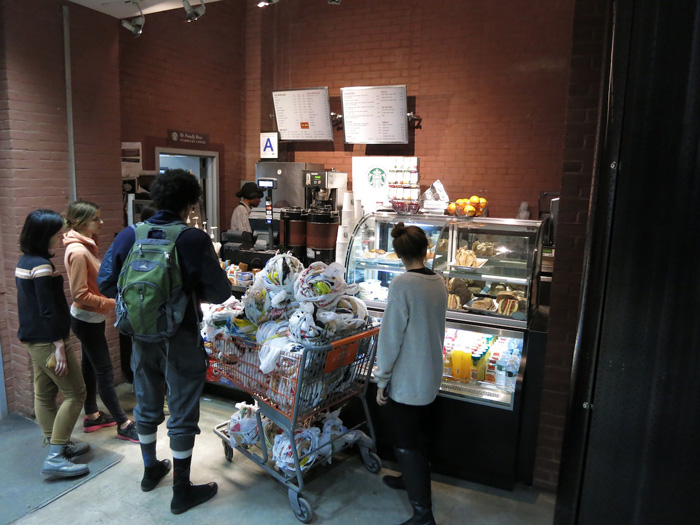 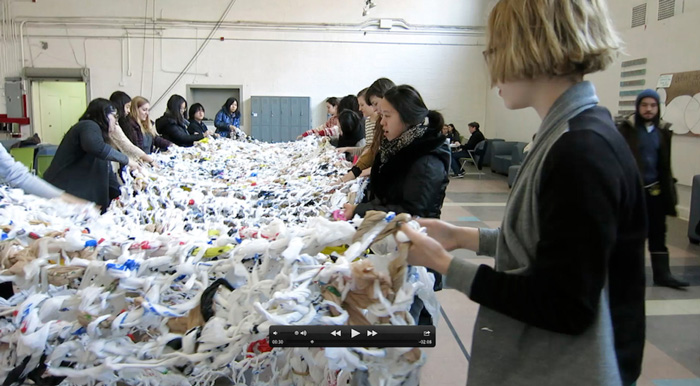 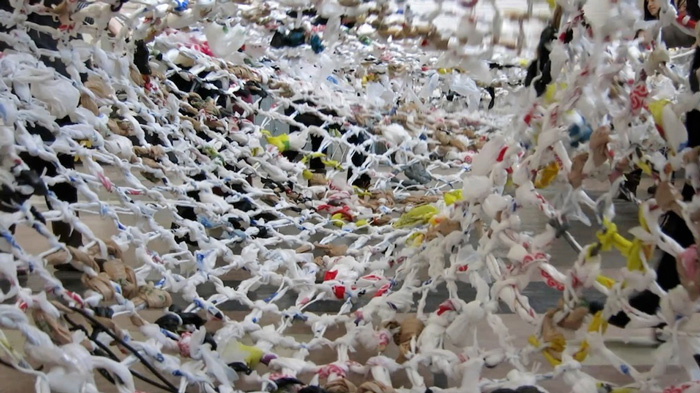 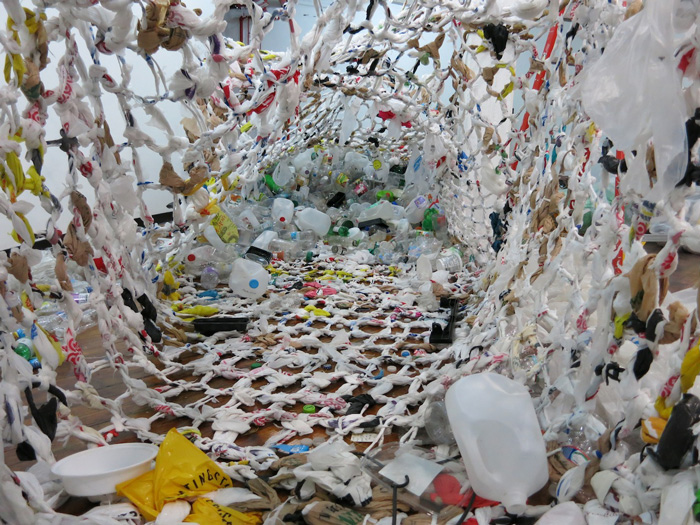 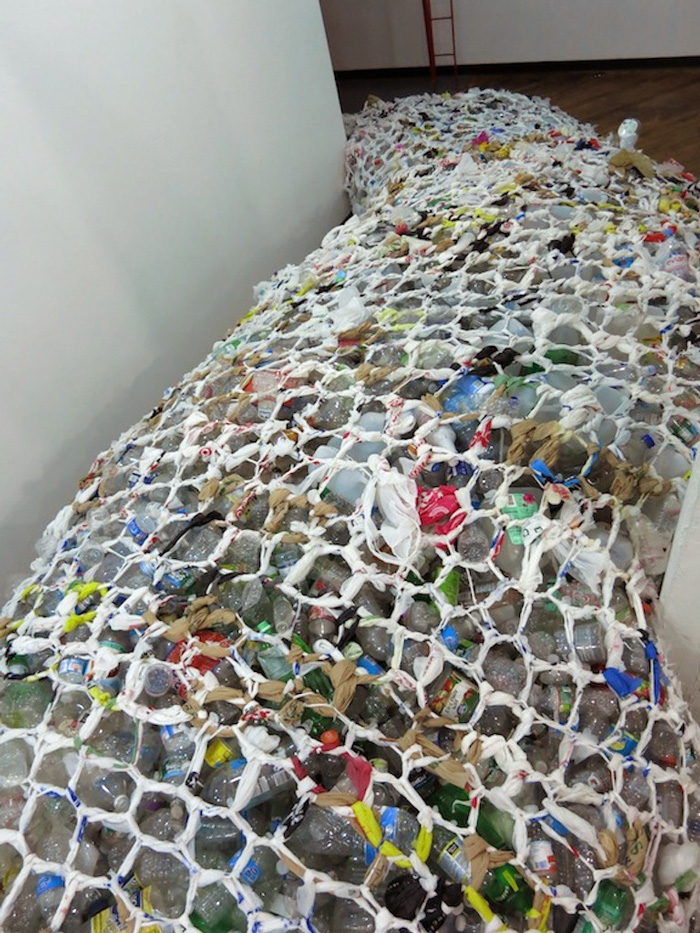 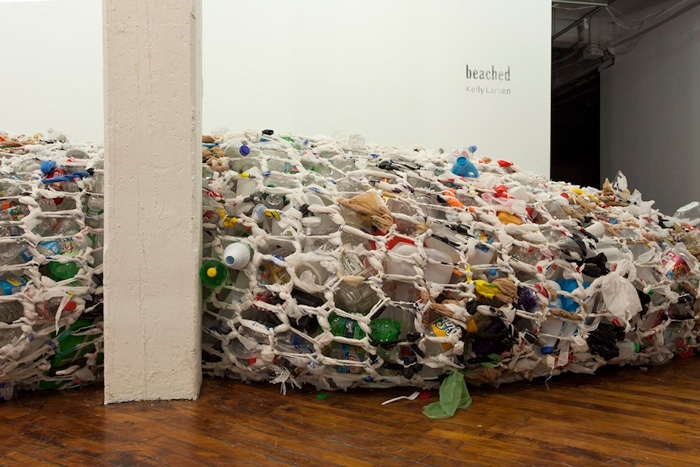 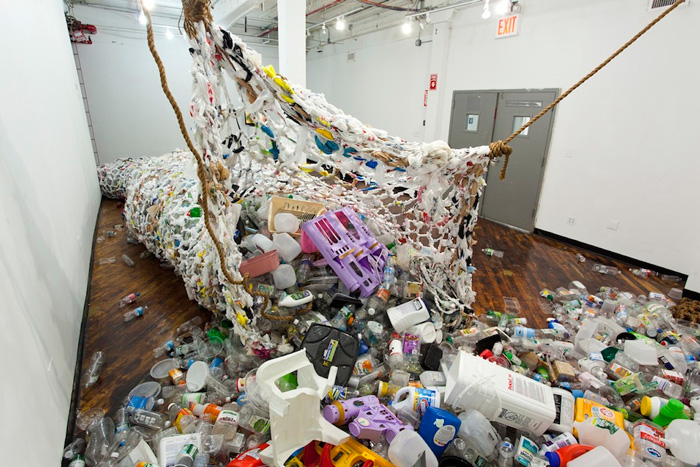 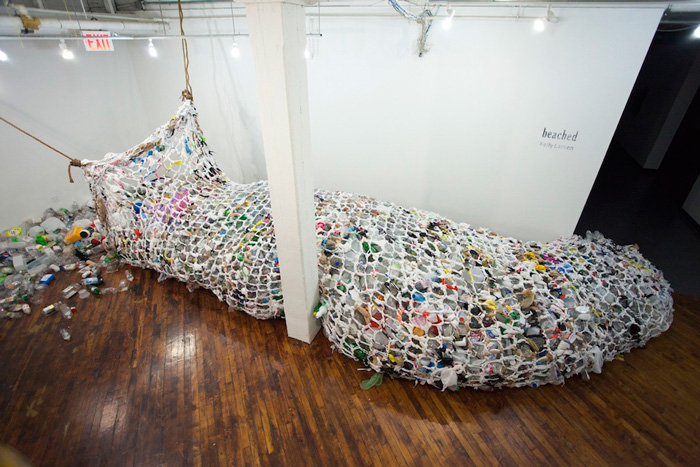 Parul Verma for being the best Intern. I could not have completed this without her.

SeoKyeong Le Yoon for moving a mountain without hesitation

Mathew Hance for diving into a mess with me

Ana Martinez de Luco of Sure We Can, Inc.

Carolyn Schaeberle of CSDS for spreading the word

Eadaoin Quinn of SIMS Recycling for all the references

Christopher Verstegen for allotting all the space

Gerardo (Jerry) Gonzalez for being one of the most benevolent people I’ve met.

Thanks for the bag, ripping good time:

Thank you everyone that donated, not previously noted:

I would also like to thank everyone in the Basement for putting up with the mountain of garbage, not to mention the odor. No thanks to Pratt facilities for giving me one hour to move it, or else.